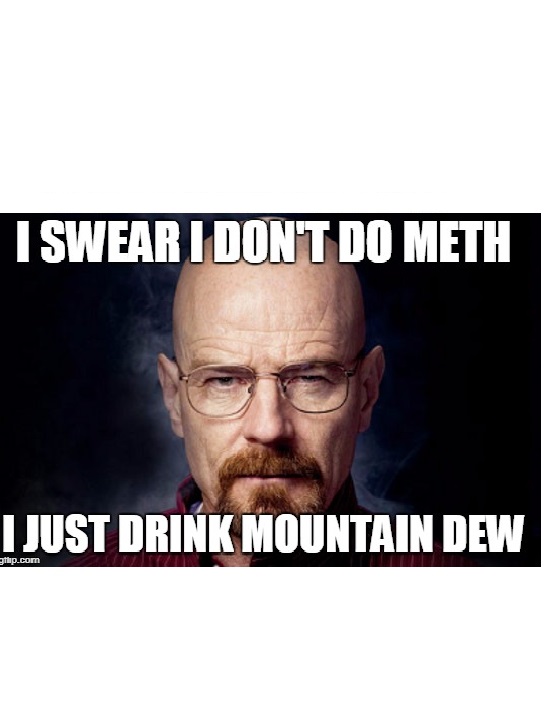 I actually had a patient say that to me.  He was 27 and admitted to me that he consumed about six cans of Mountain Dew a day.  He had so many cavities that I had to extract all of his top teeth and make him a denture… at 27 years old!  I knew he was telling the truth about his cavities being caused by soda because the decay originated in between his teeth, whereas with methamphetamine users the decay begins mostly at the gum line and progresses from there. I think the fact that drinking soda can be confused with doing crystal meth is a good place to start in discussing how destructive soda can be. 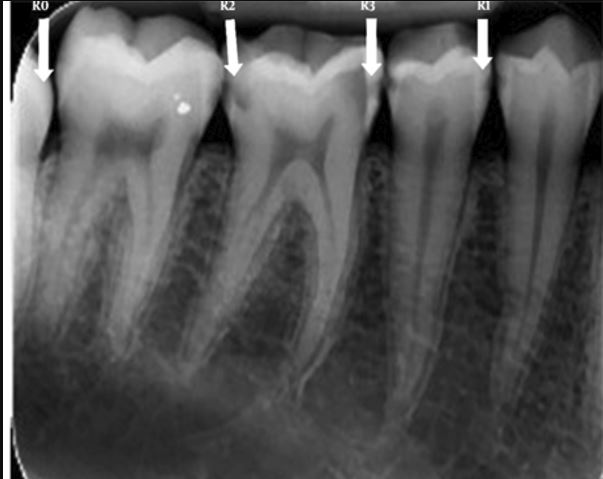 Soda is very detrimental to the health of your teeth, but why is it so bad?  Well, there are a number of reasons and I will give some examples from situations I have experienced personally.   First, soda is harmful because it has a large amount of sugar in it (more on that later) and this sugar sticks to food caught in between your teeth that you don’t even know is there.  The resulting decay remains hidden from view from the soda drinker until the cavity becomes so big that the tooth begins to discolor or break apart.

It is true that the main reason I take x-rays is so I can have a party boat in addition to my speedboat at my weekend lake house (just kidding!). Actually, those x-rays are the only way I can tell you are developing cavities between your teeth. These cavities are invisible to us when we look in your mouth until they become extremely large.

Secondly, soda associated decay progresses very quickly because most people don’t have a Mountain Dew every so often; they HAVE to have a Mountain Dew frequently.  Why is that?  BEWARE: Quick nerd alert that I will try to make simple and painless (we dentists love to say that!).

There are three types of sugar: glucose, fructose, and sucrose.

Fructose: The body does not prefer this type; no insulin release->no leptin->won’t feel full, keep eating/drinking.

Sucrose: Part glucose, part fructose; works half as well at making you feel full so eventually you may stop eating or drinking.

That is why high fructose corn syrup is so bad, you won’t get full. 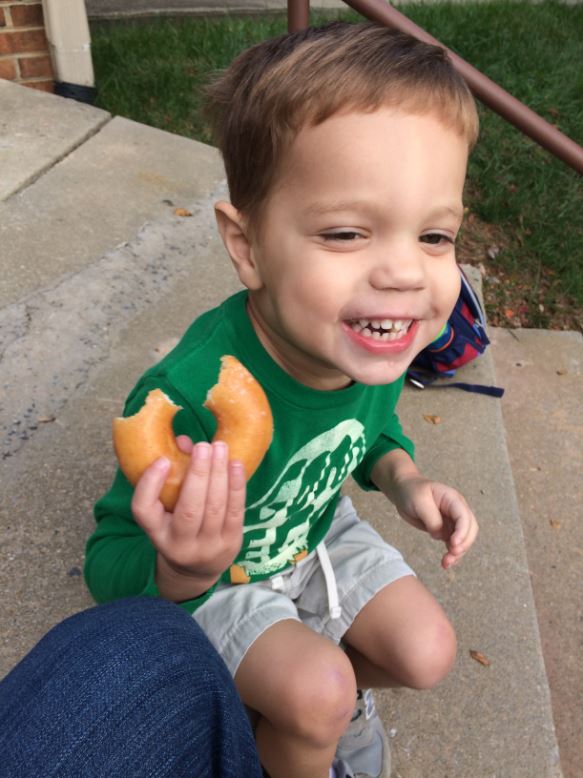 Lastly, and probably the most surprising aspect of soda, I firmly believe that there is so much sugar in Mountain Dew that you simply cannot quench your thirst by drinking it.  To prove my point I want to share a story with you.

Once upon a time, I was working in eastern North Carolina and a patient walked in for her appointment carrying a 20 oz Mountain Dew. (By the way, never do this.  Would you invite your ex-girlfriend to your wedding?  No, so don’t bring a Mountain Dew or any other soft drink into the dental office.)  So this person, let’s call her Debbie Dew, has about seven or eight cavities.  Even though it had been about four years since she last visited the dentist, she is a little surprised by the high number and I inform her that it is probably due to the Mountain Dew she drinks.  I ask her how often she drinks it and she says all the time.  Curious about specifics, I ask

Debbie Dew how many 20 oz bottles she generally consumes daily and she is quick to inform me that she only drinks out of 20 oz bottles when she leaves the house. Being a good detective, I ask what she usually drinks out of.  She replies with… a plastic Bojangles cup.  (Welcome to my life.)  I say, “No, I mean what size bottles do you usually drink out of?” and she says, “Well, I generally drink SIX TWO-LITERS A DAY!” This confirms my long-held belief that Mountain Dew may very well dehydrate as opposed to hydrate you. 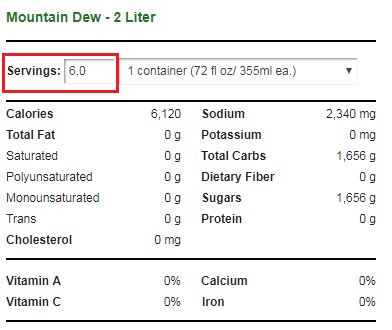 Sweet Mrs. Debbie Dew informed me that she watches her game shows all day, drinks Mountain Dew, and goes to the bathroom at every single commercial break… and eats a bag of Funions at 2:30pm every day. For the last six months, all her calories had been coming from Mountain Dew and Funions.  Speechless, but appreciative she was being honest with me, I quickly calculated that she had been consuming THREE AND A HALF POUNDS of sugar a day, strictly from Mountain Dew and surviving!  I quickly told her to get to her primary care physician to check out her organs and last I heard she is doing fine having drastically adjusted her diet and getting those cavities filled.  Lets learn from her and don’t even start drinking Mountain Dew, and if you do, don’t do it with Funions, Cheetos are so much better.