The goal of writing this dental blog was to inform the public about commonly misunderstood aspects of dentistry so that your overall knowledge concerning the oral cavity could reach heights never before imagined in human history. I also use it to vent and this is one of those times.

Last week I had the pleasure of seeing a four-year old patient, let’s call him Johnny.  Having had the pleasure of spending quite a bit of time with children, I know at this age it is impossible for them to sit still.  They also tend to have a “QPM” of 20-30, QPM of course meaning “Questions per Minute.”  This was not the case for Johnny though; he sat still and didn’t utter a word.  I did some self-reflecting on how this child could be better behaved than I am at the dentist office.  Well, I quickly found out.

Johnny was so well-behaved because he had not slept for three days due to severe pain.  Many of his baby teeth had extensive decay requiring them to be taken out.  Decay like this would normally take years to get this bad, need I remind you these teeth had only been in his mouth no more than 2 to 3 years!  Immediately my heart went out to him because, having a child almost the exact same age, I know how bad I feel when he simply scrapes his knee; this, on the other hand, is a level of mental and physical trauma no child should have to endure.  Not only does it jeopardize the future health of his permanent teeth, even more devastating is the fact that he is almost guaranteed to have a severe fear of going to the dentist because the only association between himself and the dentist is an extremely negative one.   Understandably, none of the blame falls on Johnny since he is four and knows as much about oral health as I know about the difference between periwinkle and fuchsia.  I politely inform the parent that it is important to brush Johnny’s teeth after he eats in the morning and before he goes to bed.  It is up to parents to brush their child’s teeth. Now someone might say with the rising cost of healthcare it can be expensive…

Here is the total cost to brush a kid’s teeth for four years.  One toothbrush every 6 months (kids only have 20 teeth and none for the first 6 months) and 3 large tubes of toothpaste which is more than enough.  The mother replied saying, “He doesn’t really like it when I brush his teeth.”  When I hear this response I think to myself, “You know, no parent has EVER said, ‘My child just doesn’t like it when I put his diaper on so he doesn’t wear one.’”  Then she mentioned…OF COURSE…”Well, it’s hereditary; he was just bound to get cavities.” 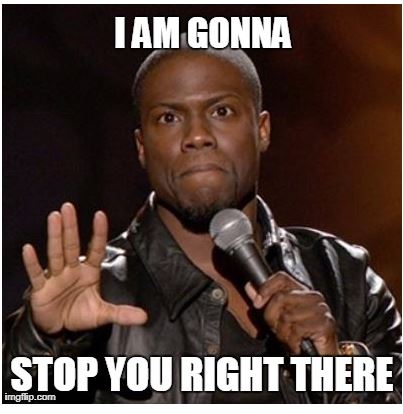 If she understood anything about genetics, getting rampant decay and infections throughout his mouth isn’t exactly a trait that would lead to the likelihood of living long enough to produce offspring and therefore being a very inheritable trait.  It didn’t take me long to realize the true cause of the decay is because she put him to bed with a bottle of apple juice for the first few years of his life (even though she knew she shouldn’t) as an easy way to make sure he slept.

This condition is known as baby bottle tooth decay and it is essentially caused by having the sugar in juice or milk sit on your infant or toddlers teeth continuously throughout the night.  I encountered this a lot when I worked in Alaska with the native population because, understandably, they were not aware of the consequences. In that case, you educate the parent as to prevent other siblings from having to endure the same fate.

It is most bothersome because this parent KNEW better and still was choosing to have her child live with the consequences and then make excuses.  It had been a while since I had seen baby bottle tooth decay and the first time since I had children of my own therefore causing it to be even more upsetting.  Babies’ teeth are just like our teeth, they help our children eat foods to gain nutrition as well as maintain the spaces for adult teeth to come in.

The way you treat your children’s teeth will set the standard for how your children treat their own teeth as well as how they view the overall dental experience.  The fewer times I have to hear “I was tormented as a child because the dentist had to pull my teeth so I hate coming to the dentist” the happier and better off everyone will be.

3 thoughts on “Parenting: They SHOULD give you a manual”