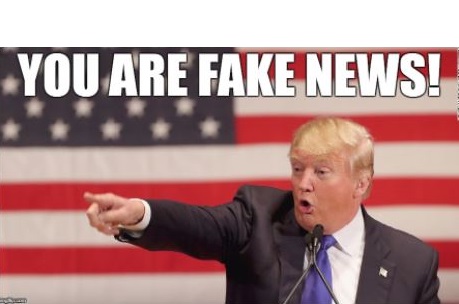 BREAKING NEWS:  Oil pulling will whiten your teeth and remove toxins from your mouth.

For those of you not “in the know”, oil pulling is the process of putting coconut oil, sesame oil or vegetable oil in your mouth and keeping it there for 20-30 minutes without swallowing.  It claims it will make your teeth whiter, prevent cavities, and detoxify your mouth.  Together lets dive a little deeper and see exactly how it works and what might be the benefits.

In order to find any evidence based article explaining the possible benefits of oil pulling, I had to travel all the way to India, literally, not figuratively, for the article Mechanism of Oil Pulling Therapy -in vitro study.

Even the single article I could find wasn’t exactly a raving endorsement on the technique.  It did however explain a little bit of the mechanism of oil pulling.  Here are their three conclusions they came up with and I did my best to summarize their nerd-speak.

For the 95% that just skipped over the last three sentences, here is a summary of what oil pulling actually does.

It breaks down the fats (emulsification) in the chosen oil (sesame/vegetable/coconut etc.) and these fats begin to consume sodium hydroxide.  The consumption of sodium hydroxide by fats is the first step in the process of making soap but far from the final product of what we think of as soap.  So…… these people are putting soap (or soap precursors) in their mouth, for 20 -30 minutes, when they haven’t even said a bad word!  What is worse is the soap-precursor has found to have absolutely no anti-bacterial effect on the decay and disease causing micro-organisms that live in your mouth (S. mutans, S. mitis and S. viridans).

Yale professor, Steven Novella, stated in an article in Science-Based Medicine had his own opinion which seems to be the consensus among most of the dental community, however, I don’t think everyone would express it with such anger…

“Oil pulling is a suggestive misnomer, implying that something bad is being pulled from the mouth (toxins and bacteria). What little scientific evidence exists shows that it is probably not as effective as standard mouth wash, and what benefit it has is likely entirely due to the mechanical act of swishing to remove particles and bacteria from teeth and gums … Oil pulling for general health or any other indication is pure pseudoscience. Detox claims are based on nothing.. There is no evidence or plausible rationale to recommend oil pulling for any indication other than as a poor substitute for oral care.”

BREAKING NEWS:  The use of activated charcoal to remove stains from your teeth to make them whiter.

Activated charcoal is carbon that has undergone a heating process making it more porous and drastically increasing its surface area.  This is then given to medical patients and it removes poisons from the human gut in cases of overdose and is used in the masks of firefighters because it filters out the smoke making the air more breathable.

Why are you telling me this?

Well, because it removes unwanted things from your stomach and from smoke, somebody thought, maybe it will remove stains from your teeth.  If you spent the many hours (which I cannot get back I might add!) I unwittingly spent understanding the intricate theory behind how activated carbon works in the above examples you would quickly and easily realize the increased surface area used to soak up and filter the unwanted materials actively moving through the liquids of your gut and actively circulating debris in the smoke of the atmosphere.  The increased surface area has absolutely no effect on the immovable, fixed stains of your teeth.

Why did I have to bore you with all that info above, because the only “scientific evidence” of charcoal whitening is what you see below, website after website of this ridiculous before and after.

Fun fact in case you are falling asleep:  One pound of activated carbon has the same surface area of six football fields!

While the only downside of oil pulling is looking stupid for a while with oil sitting in your mouth for no reason, there is a more tangible negative effect of brushing your teeth with charcoal.  If done for an extended period of time the abrasiveness of the substance could lead to the removal of a few of the outer protective layers of enamel.  Think of it as regular toothpaste is very fine grit sandpaper and the charcoal is extremely coarse grit sandpaper.

In fairness, I must mention that I tried my best to find a silver lining to the activated charcoal debate and I came across the product Black is White toothpaste.  It contains minimally abrasive bits of activated charcoal but includes fluoride so any microscopic removal of tooth structure would be replaced with the fluoride, as is the case in many toothpastes. 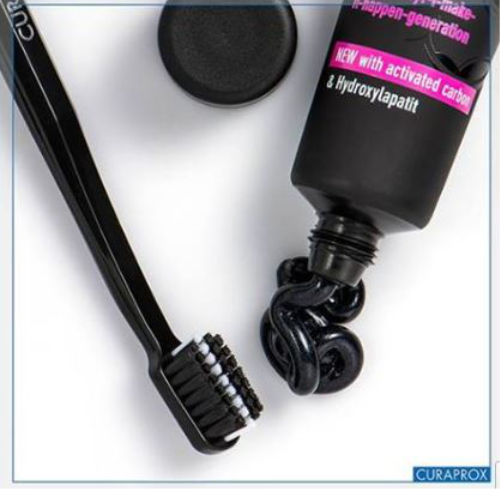 “What we do know, as of this writing, is there is only one toothpaste containing activated charcoal that appears to be safe. Black is White toothpaste (Curaprox Inc.) uses activated carbon for whitening and stain removal. It also contains an ingredient that coats the tooth surface with a blue tint to influence light reflection and provide an additional whitening effect. Remember when your mom used laundry bluing for whiter whites?

(I don’t remember that either, but oh well) It is the same principle.”

BREAKING NEWS:  Brushing your teeth with Clorox bleach for an extended period of time because your cellmate in prison recommended it will drastically improve the color of your teeth.

Yes, a patient actually said this to me.  I will admit the teeth of this former inmate were spectacularly white, however, not only did it severely corrode her toothbrush, it also removed all of the proteins from her teeth causing them to shatter like glass and kill the nerve in each and every tooth.  In under a year.  Like the saying goes, are 30 white teeth in your pocket better than 30 not perfectly white teeth still in your mouth.  The lesson here, don’t ever take dental advice from your prison cell-mate.