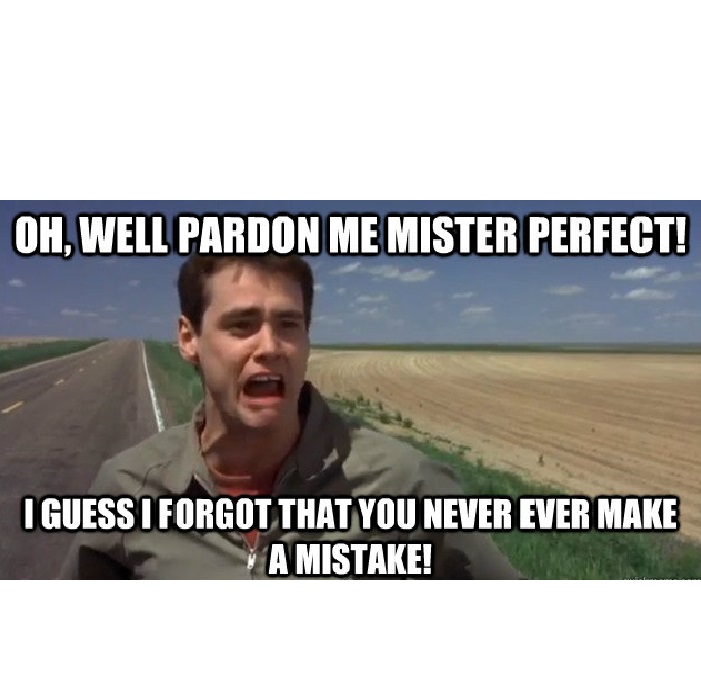 I write this blog with some hesitation because it is a subject that is close to my heart and is something that I have had to battle with first-hand.  I assume the best therapy for me is to use my experience as a learning tool so that others don’t allow themselves to make the same mistake.  The story goes a little something like this….

Once upon a time, I had a son named Landon and I loved and cared for him but most importantly, I made sure that he did not suck his thumb.  Us dentists, they say, can be a strange breed.  I personally don’t see it, but some parents love simply watching their infants sleep, which I understand, but only after you have confirmed there is no thumb in their mouth. 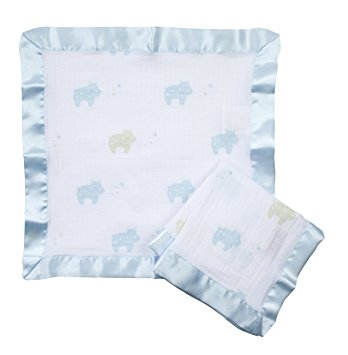 For the first nine months, he had a thin breathable blanket, an Aden and Anais mini blanket  (Click AdenandAnais.com to purchase your own, let them know we sent you for 10% off)*  that he would hold onto, this was after repeated instances at having him spit out a pacifier.  How long would he keep the pacifier in?  Come to our house, determine the time it takes to walk from his bed to the last step at the bottom of our staircase.  That is the exact amount of time he would keep it.  Every.  Time.  Then at about the nine month mark *Gasp* he started chewing on the “blankie”.  Once I saw this I reasonably explained to my wife how this was a “gateway habit” where a lifetime of thumb sucking, gang participation and criminal behavior was sure to follow.

Somehow this fell on deaf ears.

Well, it was another 9 months of him simply chewing on his blanket and along with close monitoring of the situation and therapy, we came to accept this.  But just as predicted, on a cool autumn evening, about 8:30pm, I will never forget the day, I went up to check on him and to my horror this devious little guy had been sneaking his thumb in his mouth, using the blanket as nothing more than a smokescreen.  How long had he been doing this?  What else was he doing without our knowledge, was he a Jet or a Shark or even worse, both!  So yes, I am not perfect, my son was sucking on his thumb.

After some soul-searching and a lot of  “Stop the Bite” we finally were able to get him to give up the blanket hoping he may stop sucking his thumb because he never did it during the day, never even during naps when he didn’t have the blanket, only at night when he was able to use the blanket to conceal his misdeeds.  Not surprisingly, he simply continued to mockingly suck his thumb even without the blanket.  What should I do now?  Well, I chose to ask someone who has had extensive training and experience, and knowledge, with time and tested results in this field, a pediatric dentist.

Notice I did not say I WENT TO THE INTERNET to take the advice of someone who has no more proven ability than being able to register a web address or have a facebook page or be a youtube “influencer”.  But as can happen from time to time on this blog, I digress. 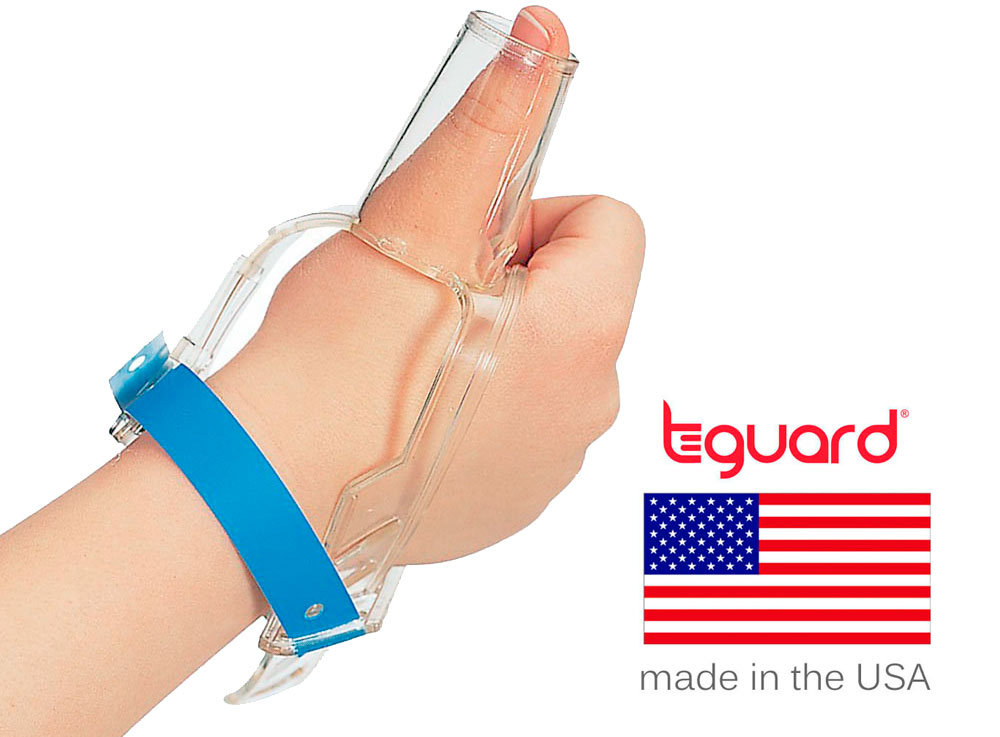 The pediatric dentist recommended an excellent product called a T-Guard.   It is a harmless (social life notwithstanding) little appliance that goes on your child’s hand to prevent them from sucking their thumb.  We affectionately call it his “thumb-friend” and just like putting on pajamas at every night, we put this on.  Every so often we would have him not wear it to see if he still sucked his thumb.  He did.  Then one night I noticed he would put his thumb with the T-Guard in his mouth.  Not one to back down from a challenge I cut the end of a syringe used to give infants medicine and it fit perfectly into the thumb end of the T-Guard. 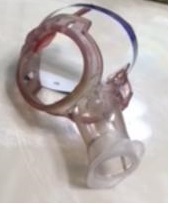 Now he can’t even fit it in his mouth if he wanted to.  He is four years old now, still wears it to bed every night and will continue to do so until he stops sucking his thumb or goes to college.  Why would I not make him take it to college?  I don’t want to be that parent that obsesses over something too much.

What are some of the negative consequences of a child sucking their thumb?

Is it better or worse than them having a pacifier?

Does it matter what type of pacifier my child uses?

All excellent questions so I am glad you asked.

Then you need a number of different orthodontic devices to correct it down the road such as a palatal expander, W-arch or a headgear.

The forces created by the thumb pushing on the roof of the mouth and the suction created by the child can move the teeth the exact same way as braces.  These forces just move them in extremely undesirable directions.  Experts agree (in this case I agree with myself) it is best to have your child take a pacifier if possible because then they are much less likely to use their thumb to calm themselves.

Extended usage after age two may lead to more complications in the future.  It is preferred the “green hospital pacifiers” be used only until the child begins to have teeth come in then the more anatomical pacifier is preferred up until age two.

Why pacifier over thumb?  For one the pacifier is more anatomical and will affect the teeth less, also the pacifier can’t push on the roof of the mouth as forcefully as many children have been known to do with their thumb.  Secondly, you can take a pacifier away, you can’t take their thumb away.  Thankfully, my son only sucks it at night or he would have to walk around all day with his “thumb friend”, if that was the case we would probably have to rename it “only friend”.  We wouldn’t want him walking around like this.

Very often, if kids have been sucking on a pacifier until age two and it is taken away, rarely will they begin to suck their thumbs.  As far as the best way to take the pacifier away, try and make it a joint effort between you and your child.  We used a lot of “stop the bite” until he didn’t want his blanket anymore.  I don’t know how much of a “joint effort” that was but we had tried a number of other tactics and that is what eventually worked for us.